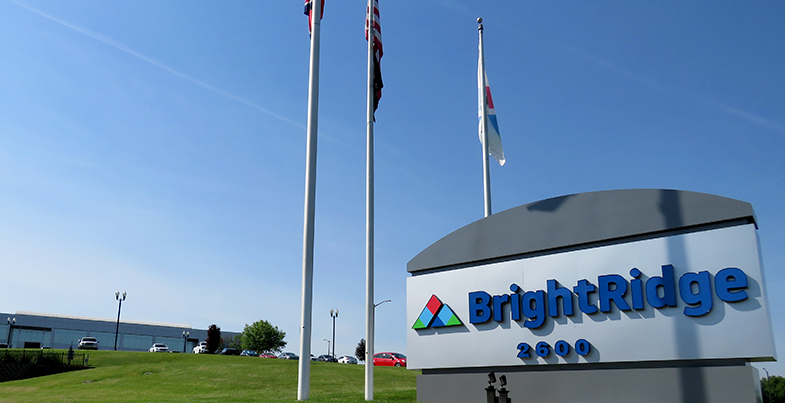 JOHNSON CITY – For a third year in a row, BrightRidge’s fiscal year 2022 budget contains no increase in retail electric rates, with the adopted budget also funding a major push towards a smarter electric distribution grid while BrightRidge Broadband has accelerated its build out plan by a full 12 months.

With a focus on improving electric system reliability, BrightRidge will bond $28 million to be issued in August to finance a major Smart Grid investment. This funding will pay for system design and installation of 72 Intellirupter smart switches that reroute electricity automatically in outage events to restore as many customers as quickly as possible while protecting sensitive distribution infrastructure.

“In my tenure as BrightRidge chief executive, this has remained a priority item as we believe this offers  a critical upgrade to our customers that will dramatically cut outage times,” BrightRidge CEO Jeff Dykes said. “These projects move BrightRidge forward when it comes to overall system resilience.”

Smart switches, such as the Intellirupter brand, are a central feature of self-healing electric distribution systems and have improved system reliability by as much as 50 percent according to an impact study after 1,100 of the switches were installed at EPB, the Electric Power Board of Chattanooga.

BrightRidge engineering officials say the West, Northeast and Gray substations are approaching the end of their useful life cycle and in need of overhaul. Substation projects are projected to cost $9.2 million, while the smart switching work expected to cost $3.9 million.

Another $3 million is programmed over three years to cover electric infrastructure improvements related to the Walnut Street project in downtown Johnson City.

When complete, substation and distribution system improvements will accommodate more load as the region grows, while also providing additional flexibility for quicker power restoration during a storm event that damages electric distribution infrastructure.

“With borrowing costs near an all-time low, this is the perfect time for BrightRidge to accelerate these investments,” Dykes said. “As multi-generational investments designed to last for decades, bonding also allows those costs to be spread out over several generations, keeping rates low for customers today and tomorrow.”

Meanwhile, BrightRidge Broadband is now approved to accelerate broadband deployment, collapsing its 8-year build-out plan down to seven years, with 5,449 customers with service available compared to the original FY 22 plan of 2,940 customers serviceable. Those connections will be built out over the next 12 months.

“We are seeing huge broadband demand from our customers with nation-leading symmetrical 10 GB service available at $149 a month for residential customers,” Dykes said. “No one in the country matches this level of service. It’s both a point of pride for our community and a key selling point in economic development.”

Under the new broadband deployment plan, phase 5 beginning in July 2023 would add 8,248 customers who would have ultra-high speed fiber to the premise service available, 5,300 more than originally planned for the phase.

“We thank our Board of Directors for having the confidence and vision to advance our FY 2022 plans for BrightRidge as we continue to position the utility for growth,” Dykes said. “We are also honored to continue to lead our region in deployment of solar generation technologies, electric vehicle charging, and of course, Broadband service levels, as a cornerstone of economic development in our service area.”