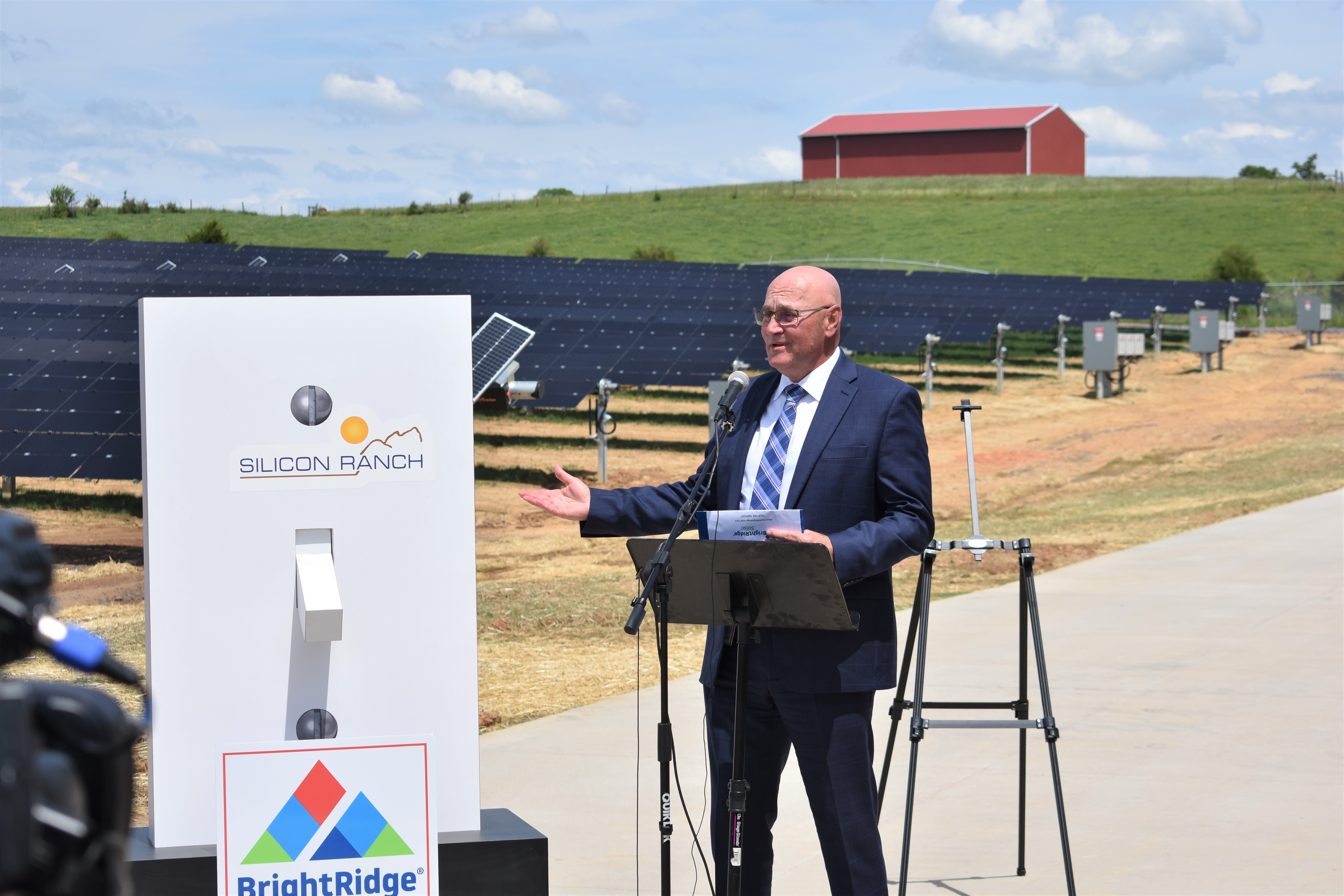 BrightRidge officials also announced that 87 percent of its community solar production has already been allocated to subscribing commercial and residential customers. BrightRidge offers customers a monthly or long-term lease.

Under the BrightRidge Solar Community program, 500 kW was set aside for commercial and residential customers. Currently, only 65 kW in capacity is left to purchase under the program.

Silicon Ranch, which built the 40-acre solar farm, generates up to 8 million kilowatt-hours of electricity annually, with zero carbon emissions and zero water consumption. This is enough capacity to power more than 500 homes.

“The success of this community solar project demonstrates that BrightRidge represents the best of public power,” Silicon Ranch Co-Founder and CEO Matt Kisber said. “BrightRidge Directors and staff deserve enormous credit for listening to those they serve and establishing the right partnerships to deliver what customers want and need. Silicon Ranch is honored to be part of the BrightRidge team.”

The entire project was developed in partnership with TVA under its Distributed Solar Solutions program.

“Clean energy is increasingly a factor in economic development, and equally important to many of our customers,” Dykes said. “Whether electric, broadband, solar or future products, we aim to deliver affordable, innovative products that offer value for all of our customers.”

BrightRidge maintains a meter on its website at https://www.brightridge.com/home-service/programs-services/green-power/solar/ which shows daily production. For more information on the BrightRidge Community Solar offering, please visit www.BrightRidge.com or phone 423-952-5000 and select electric from the menu.

BrightRidge is the 10th largest public power provider in the Tennessee Valley Authority system, and serves more than 78,000 customers in Washington, Sullivan, Carter and Greene counties. Through its Broadband division, BrightRidge is also the region’s only provider of high-speed 10 Gb internet connectivity offered over dedicated fiber optic infrastructure

Silicon Ranch is the U.S. solar platform for Shell and one of the largest independent solar power producers in the country. Silicon Ranch develops to own all its projects for the long-term, a distinction that means the company is deeply committed to its partners and communities and stands behind the performance of its facilities day in and day out. The company’s operating portfolio includes more than 120 facilities across 14 states from New York to California, including the first large-scale solar projects in Tennessee, Georgia, Mississippi and Arkansas. To learn more, visit siliconranch.com and by following the company on Facebook, Twitter, and LinkedIn.