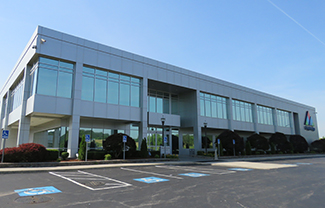 JOHNSON CITY – Auditors Blackburn, Childers & Steagall issued a clean opinion with no findings or deficiencies as the former Johnson City Power Board transitioned to an independent energy authority, BrightRidge, in FY 2018 ending June 30.

“Our staff have really stepped up in terms of total output as BrightRidge moves forward in a number of areas,” CEO Jeff Dykes said. “We are dedicated to staying on budget, and certainly the accounting and finance office continues to exceed expectations notching the 28th clean audit for BrightRidge and its predecessor company.”

BCS found no deficiencies in internal financial controls and stated that the BrightRidge books accurately reflect the strong financial standing of the company.

“The Finance Committee could not be more pleased with this audit, and certainly it reflects well on the performance of the management team and employees,” BrightRidge Finance Committee Chairman Joe Grandy said. “Moving forward, I feel I can speak for the committee in saying we look forward to similar positive results as BrightRidge moves into Broadband ramp up and infrastructure deployment.”

While much of the attention in 2018 has been on the creation of a BrightRidge Broadband division, BrightRidge continued to reinvest heavily in Electric division infrastructure, including the $4.45 million Midway substation in Jonesborough which came online in June.

Other investments include the construction of a state-of-the art Substation Control and Data Acquisition operations center, deployment of digital switching equipment on the grid backed by broadband infrastructure which will shorten outage restoration time and mass deployment of LED street lighting that reduces lighting costs for local governments.

For the year, BrightRidge added $9.4 million to new capital assets on the balance sheet, including Midway. All system capital investments were made from existing cash balances without debt borrowing, Dykes said.

Overall sales trends, reflective of electricity sales throughout the Tennessee Valley Authority service area, continued to be mostly flat, recording a 1.2 percent increase or $2.33 million in 2018.